This was sent to me by Authentic Greek Recipes and I found it quite interesting so I wanted to share.
Did you know that the first cookbook was written by an Ancient Greek?
That the tall ,white chef's hat originated in Greece?

The Greek food gourmet, Archestratos, was a poet from Gela in Sicily. He wrote his humorous, didactic poem Hedypatheia - 'Life of Luxury' - in 330 B.C. The work gives advice to its readers on where to find the best food in the Mediterranean. 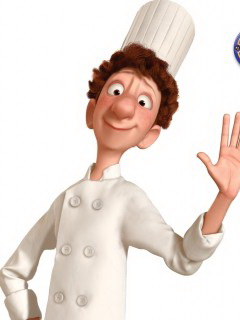 The tall, chef's hat originated in the Greek Orthodox monasteries during the middle ages.To escape persecution, some cooks, along with other educated members of society, would take refuge in monasteries. The cooks wore white uniforms and tall white hats to distinguish them in their work from the regular monks, who wore large black hats. They also didn't wish to offend God by imitating their pious black-clad peers.

So, now you know!
Posted by Think With Your Taste Buds - Chicken at 3:54 PM

What a nifty bit of information. I love trivia.